Germany and Romania Qualify for Kazan

The competition is hosted in two different countries during June. Both the series winner and runner up gain promotion to the Grand Prix Series division.

In 2019, after two stages held in Budapest (Hungary) and Lisbon (Portugal), Germany and Romania gained promotion to the top division.

The two lowest-ranked teams are automatically relegated to the Conference Tier. In 2019, Israel and Switzerland went down to Conference level.

In addition to promotion, the twelve teams competed with the objective of qualification to the Olympic qualifier that was held in Kazan on July 13th/14th 2019. 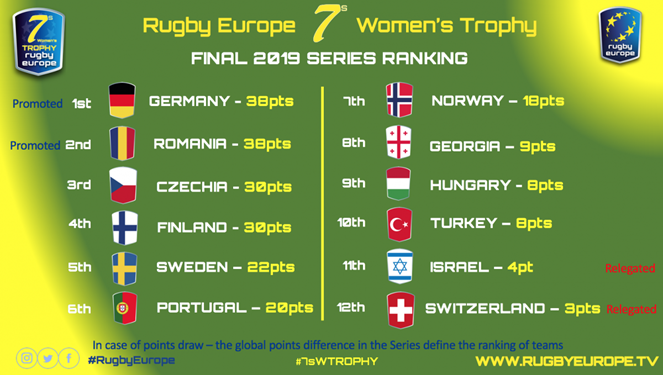