Hosted in two countries throughout June and July, the series winner is granted promotion to the Grand Prix Series division.

In 2019, after two stages held in Zagreb (Croatia) and Zenica (Bosnia-Herzegovina), Lithuania claimed the season title and gained promotion.

The two lowest-ranked teams are automatically relegated to the Conference Tier. In 2019, Bosnia-Herzegovina and Bulgaria were the two teams relegated. 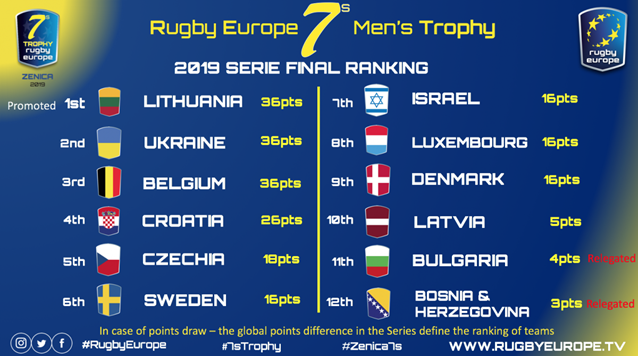