Participation of teams confirmed for Rugby 7s at European Games

The highly anticipated debut of rugby sevens at the European Games Kraków Małopolska 2023 will feature 12 teams competing in both the men’s and women’s categories.

Rugby sevens made its first Olympic Games appearance at Rio 2016 and has featured prominently at the Games ever since. For the first time ever, rugby sevens will be included in the European Games, the continent’s premier multi-sport event. 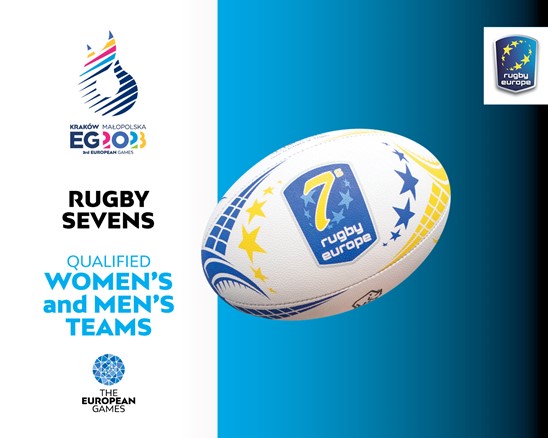 The participants were selected following the 2022 Rugby Europe Sevens Trophy and Championship Series and 2022/2023 World Rugby World Series, in accordance with the Olympic Qualification System for Paris 2024.

The gold medallists in the men’s and women’s tournaments in Kraków will seal their qualification for the Olympic Games Paris 2024.

Rugby sevens is a high-octane sport that combines endurance, intensity and skill at the highest level, ensuring that the crowd at the Henryk Reyman Stadium in Krakow will be kept on the edge of their seats throughout the competition.

The third edition of the European Games will take place in Kraków and the regions of Małopolska and Śląsk from 21 June – 2 July 2023.