New look Iberians looking to get off to a flying start

If you ask many Rugby Europe Super Cup watchers what their favourite game of the inaugural season was a number of them would say the semi-final between eventual winners Black Lion and Castilla Y Leon Iberians.

The Spanish side travelled to Tbilisi to play the Georgian side in April in te last four and so nearly returned home with a victory.

They went down 43-40 in a very entertaining contest – and the Iberians players, coaches and supporters are very keen to get to the knock-out phase again.

Last year they won four of their six Western Conference matches to progress behind Conference winners Lusitanos and Iberians begin their 2022/23 campaign away to Brussels Devils in Belgium on Saturday.

Federico Casteglioni, the Captain, said:  “Preparations have been good. We are combining training sessions with those of our clubs and knowing each other since last year, it is much easier for us.

“The spirit in the team is very good in general, there is a very good atmosphere, not only with the players, but also with the staff, so it makes everything a lot easier.

“We expect our Conference to be tough once again, but because we played in the tournament last year we now know more of what to expect and that has allowed the coaching team to plan for each opposition.

“There are several new additions to our squad who will link-up with the rest of the players and bring quality.

“The style of rugby people can expect from us is very dynamic. There is quality in the squad, so we believe that we can play this exciting brand of rugby and excite the fans who watch us play.” 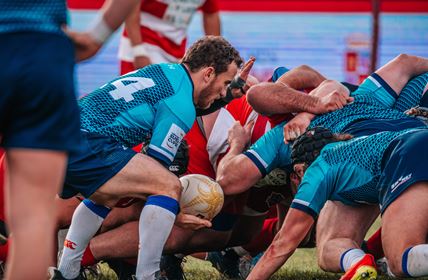