“We want to win our first Championship game in history”: Netherlands captain Danen excited about 2022

The Netherlands may have lost all five games in the Rugby Europe Championship 2021, but they played some great rugby at times and are stronger now because of the experience.

It was their first ever foray into the showpiece event having won the Rugby Europe Trophy in 2020 and then beaten Belgium in a dramatic promotion play-off match.

And captain Dirk Danen is excited to lead his charges into the Rugby Europe Championship 2022 which begins this coming weekend, the 32-year-old back-rower stating:  “Being involved in the Championship has been a great experience for the Netherlands.

“We started our campaign last year preparing for the promotion play-off game against Belgium and we had worked hard to get there.

“The squad was able to train together a lot because no matches were on due to Covid and our coaching staff showed great commitment and their knowledge really got us prepared well.

“After winning against Belgium we knew the next challenge was coming in the Championship. We want to take rugby in our country to the next level and the only way to do that is by playing in this competition.

“A lot of our boys are not playing at this level week in week out, you can really see that when we play against some of the other squads, but thgey work incredibly hard.

“Most of the boys are working normal jobs besides there rugby and only a few are playing professional rugby abroad.

“Rugby Nederland, the governing body, is working really hard to facilitate a better training environment. We need more hours together and to be playing in more of these higher level games.

“I feel there is great potential in this group of players and even more to come in the future, we just need the experience at this level.

“We have been learning with every game. Now we will have to be more consistent - and it is not only the young lads are learning, but the older boys as well!”

One thing that has been helping the Netherlands to bridge the gap between themselves and more established Championship nations has been the advent of the Rugby Europe Super Cup.

Many of their players have been turning out for the Delta franchise in 2021/22 and Danen explains:  “I think the Super Cup is a great step for Rugby Europe, I have loved playing in those games.

“We need more games like that and, because of it, we can offer young players a better platform and it means if they are not contracted abroad they can still play a decent level for Delta.

“Going back to the national team and the upcoming event, of course, we want to win our first Championship game in history. We are very passioned about that.

“We start away to Spain [on Saturday in the Estadio Central UCM in Madrid at 4pm local, 3pm UTC] and they were good when they played us in Amsterdam last year. We need to do better and we are preparing for a physical game.

“The head coach Zane Gardiner has been great for us. He has incredible knowledge of the game, but most of all he is a calm and collected leader.

“He prepares well and is very creative. He has created a great culture together with Manu Emanuel Peyrezarez, it is all about ‘team first’ and myself and the boys have a lot of respect for them.

“For me to be captain is an amazing feeling and it is hard to describe. My whole family is very proud and I cherish every moment when I wear the orange shirt.”

Danen grew up in Roosendaal, a small town in the south of his country in the province called Brabant.

Rugby Club Roosendaalse Commando Combinatie, founded by the special forces, are based in the town.

“My dad used to play and that’s how I started,” Danen said.

“I was 16 when I moved to other places to play at a higher level, but that club is still in my heart, I’m still in contact with them and I’m always looking if there are more boys or girls coming through from that club.

“I have also been connected with RC Hilversum. The club really helped me get to a higher level as a young player and I’m grateful for that.

“Since my international debut in 2010 a lot has changed and rugby has been growing in the Netherlands, not only the game on the pitch, but more and more people are embracing the values and culture of the sport too.

“We have seen the academy system build up and some of the young boys coming through the pathways are now in the national team, we didn’t have that 10 to 12 years ago.

“I am very proud to be part of this journey. We still have a long way to go, but these are exciting times for us.” 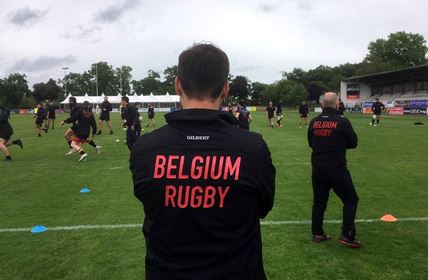 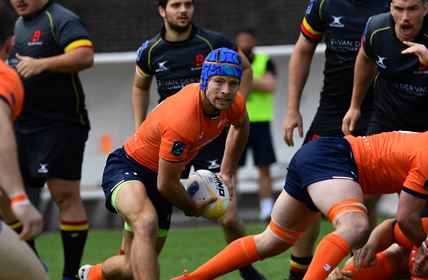