Portugal got their Rugby World Cup 2023 Final Qualifier Tournament campaign in Dubai off to the perfect start on a busy weekend of action involving Rugby Europe teams.

Elsewhere at the weekend, in the men’s Trophy, Lithuania set themselves up for this coming weekend’s trip to leaders Switzerland with a bonus point 39-20 win over Ukraine in Šiauliai on Saturday. 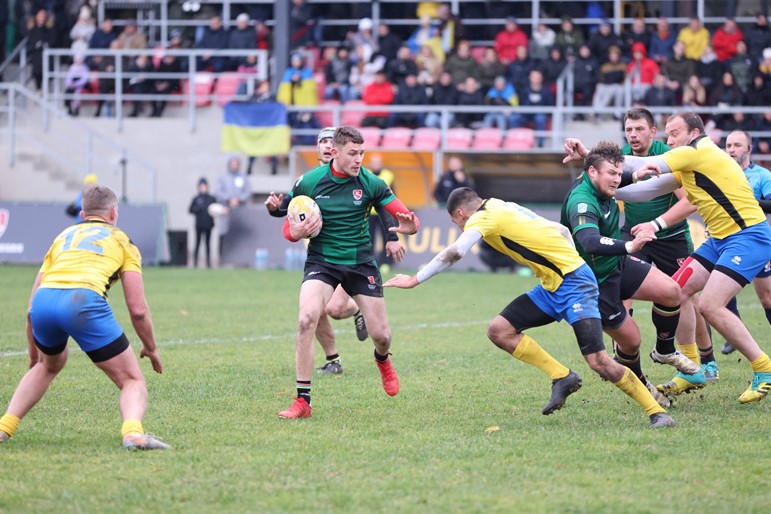 They got off to the perfect start when winger Domantas Baguzis rampaged down the right to score a try in the opening minutes.

However, Ukraine showed they would be no soft touch and by half-time it was 20-17 to Lithuania.

Ten minutes into the second half, winger Jonas Mikalcius scored an important try for the home side to make it 25-17 and give them more than a seven point lead.

That was stretched to 32-20 and, with 15 minutes remaining, scrum-half Tautvydas Krasauskas was put in for a converted try by Mikalcius and that completed the scoring.

As mentioned, Switzerland lead the tournament standings after they went to the Malmö Stadium on Saturday and defeated Sweden 69-12. Sweden were actually 7-3 ahead early on in this one before Switzerland found their form and led 29-7 at the interval.

They won the second half 40-5, showing they may well be a team to beat in this competition.

In the women’s Trophy on Saturday, Germany got their first win of this year’s tournament in Hürth by edging out Czechia 12-10 after a dramatic ending.

The teams were tied at 0-0 at half-time and it took until the 50th minute for the deadlock to be broken, Pavl’na Cuprova the visiting centre scoring an unconverted try. When the same player scored a second just minutes later, Czechia were 10-0 up with 25 minutes to go.

Germany needed something special from somewhere and it came when full-back Laura Schwinn ran in for a try with just a few minutes to go. She then knocked over an excellent conversion and it was 10-7.

Winger Steffi Gruber then fielded a wayward clearance kick to run in and score the winning unconverted try for Germany in injury time.

In men’s Conference 1 South, Bulgaria are now top of the table with two wins from two after Saturday’s home 34-15 victory over Israel.

In the men’s Autumn internationals, Romania defeated fellow Rugby World Cup 2023 qualifiers Chile 30-23 on Saturday, Spain lost 40-6 to Tonga on the same day and Georgia were on great form on Sunday to see off Uruguay 34-18.

In age-grade rugby, there were four under-20 men’s Championship quarter-finals in Lisbon, Portugal, on Sunday.

The semi-finals take place on Wednesday.