The Spanish men’s team, who start their Rugby Europe campaign this weekend against the Netherlands, have announced their squad for the coming fixtures.

Los Leones remain in contention for Rugby World Cup qualification, currently sitting in fourth place in the competition, with two automatic tickets for the top two teams after this year’s tournament and a Qualifier at the World Rugby Global repechage for third place.

The game will be at the National Stadium at Complutense University of Madrid and will be broadcast on rugbyeurope.tv and Teledeporte in Spain.

The national coach, Santiago Santos, together with his staff, have drawn up a list of 31 players to prepare for this match in Guadalajara.

Ahead of the match against the Netherlands there will be a tribute to the much-missed Kawa Leauma.

Following Saturday’s game they then travel to Russia and await Romania and Portugal, also in Madrid. 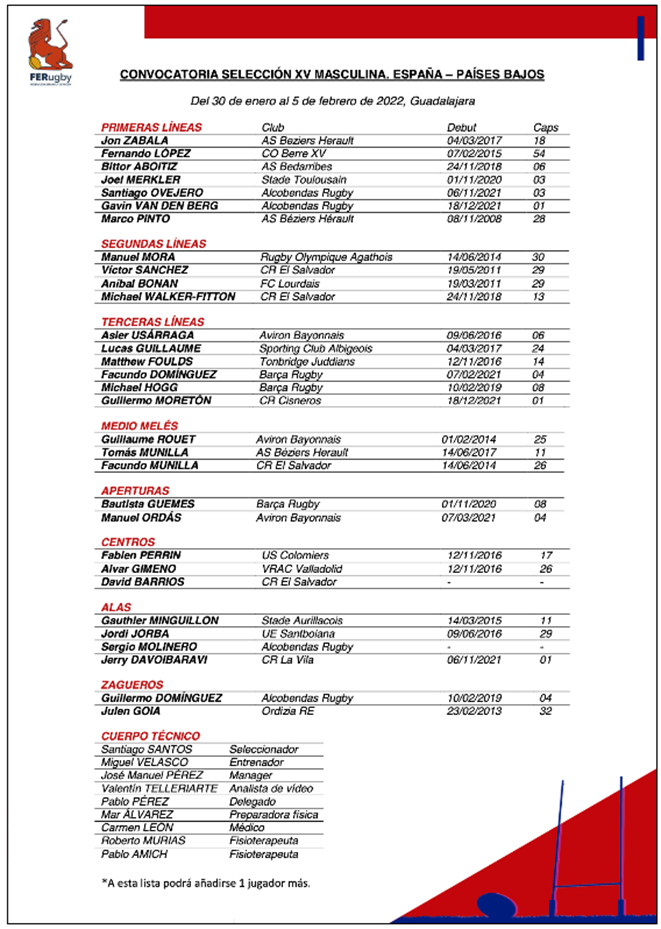 Badajoz and Amsterdam to host RE Championship Grand Finals

“The fans are very committed”: Spain’s fresh start begins at home on Sunday

RE Championship 8 Players to Watch - Pool A 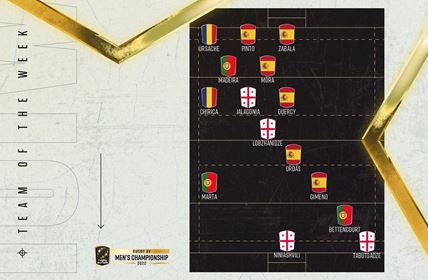