Spain and Russia win silverware after a great weekend of sevens

51 matches in bumper opening weekend in the 7s Championship

After a brilliant two days of action, Spain’s men and Russia’s women came out on top in the Rugby Europe Sevens Championship Series event in Lisbon, Portugal, at the weekend.

Eight men’s teams and nine women’s teams were taking part and there were some brilliant ties in an action-packed 48 hours.

By the time the men’s quarter-finals came around late on Sunday morning all of the teams had hit their straps and Germany edged out Poland 17-7 to be the first side through to the last four.

Spain then turned on the style - and showed they were the team to beat if we did not already know that - to see off Lithuania comfortably 38-12.

Portugal then looked just as impressive in getting the better of Italy 33-7 while Russia had to show their battling qualities to get over the line 12-5 against old rivals Georgia.

Spain continued on their way to the title by easily dispatching Portugal in the semi-finals with a real ‘ding dong’ battle between Germany and Russia seeing the former progress to the final.

Lithuania beat Poland 43-5 to clinch seventh place, Georgia got the better of Italy to finish in fifth and Russia ended up in third after they defeated Portugal 14-12.

The final was fitting for a match of that magnitude, Spain leading 14-7 at the break before Germany found some final gas in the tank.

They pushed the Spanish all the way, but they held on to come out on top 19-17 and take home the silverware.

The women’s event featured nine countries and it was great to see all sides playing with ambition and flair when they had the opportunities to do so.

On Saturday, Russia had posted notice of their quality by defeating Romania 41-0, Germany 39-0 and Wales 47-5 while the other team who would reach the final, Spain, had also looked good in patches on day one to defeat Portugal 19-5, Scotland 24-12 and Germany 20-10.

Russia looked even more composed on day two if that was possible and they ran in seven tries to thump Portugal 49-0.

That put them into the final and although Spain won both of their earlier games on the day, they were pushed quite hard by Poland (20-14) and Belgium (15-10) before setting up their meeting with Russia.

The Spanish team knew that they had to put in their best performance of the weekend to try and halt the Russians’ marching towards the title, but the latter were on form again in the final and quite rightly lifted the silverware after a 25-5 result in their favour. 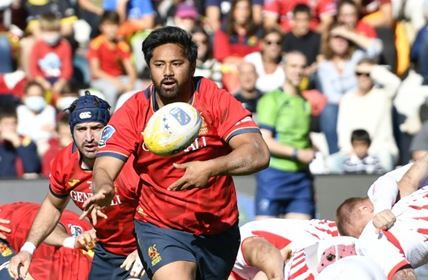 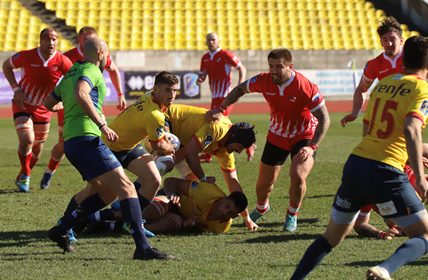