6 Players to Watch in Bucharest

Only four tickets are available in both the men and women’s tournaments for qualification to 7s Rugby World Cup in South Africa, which will be fought between twelve teams of each genre in the historical city of Bucharest this next weekend.

With France (men and women), Scotland (men), and England (men) already with their places booked for Cape Town, it is time to find out who the next European entrants will be, and we picked 6 players that can help their teams to catch the golden ticket!

What can we expect from the 7s European Champions in the Women’s qualifying tournament? Plenty, especially if their main stars come with the same pace and power as the Championships, be it the try-galore Małgorzata Kołdej, the iron wall Katarzyna Paszczyk, or the powerhouse Anna Klichowska who was regarded as one of the best players in the Krakow tournament.

Ruthless around the contact area, the Polish unit can really sting her opponents thanks to her tackle technique, which combined with her never-ending stamina makes Anna Klichowska a monstrous athlete, and a serious contender for the best defender of the tournament.

But, if you think her skill ends up with tackle or breakdown work, then you are wrong, as she also has the knack to go for the gap, run through it and reach the try area to score precious points.

We have already praised Ireland’s captain, Lucy Mulhall in previous articles but will be worth keeping an eye on again this weekend if Ireland are going to get one of the spots. 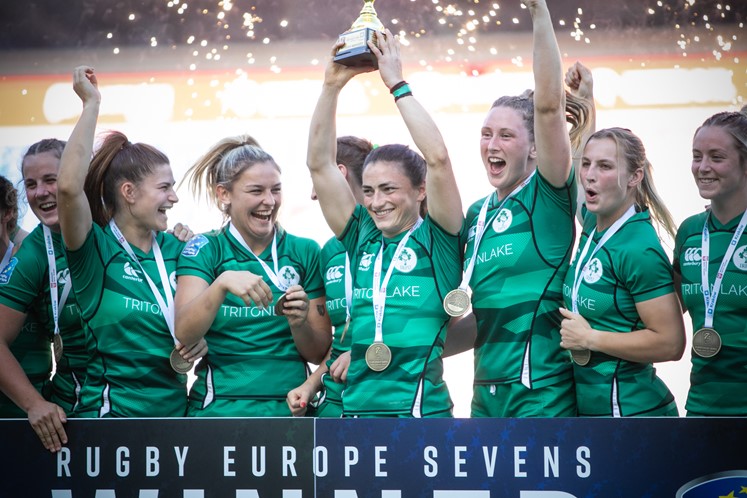 She was lifting the trophy in the second leg of the Rugby Europe 7s Championship just a few weeks ago clinching a hard well fought win against Poland, in a tournament that the Irish number 9 was simply excellent.

A clean and clinical ball passer, a master of the arts of how to control a game’s tempo, wise decision-making, and a finely-tuned boot, the Irish legend is always on the roster for the most influential player in every tournament, and will certainly shine in Bucharest as she has been doing in the last four years.

An amazing athlete prone to turn every nook and cranny into a golden opportunity to score points, the English superstar will put her pedal to the metal and enchant 7's fans in Bucharest and is currently having a season to remember, just being selected in the Commonwealth Games 7s.

The winger scored almost twenty in 2022 Rugby Europe’s Trophy division, Ellie Boatman can really turn the tables on any game, thanks to her acceleration, attacking line, and mental tenacity, dropping the beat when there’s a chance to make her presence felt. The World Series and Premier 15’s prolific five-point scorer will set the Bucharest stage alight.

There’s a Portuguese saying that bodes well for the likes of Tobias Sains-Trápaga, “Alto, grande e espadaúdo” which roughly translated means “Tall, big and broad shoulders”, as he is a powerful enforcer ready to break tackles and bring the opposition down at every charge and carry. 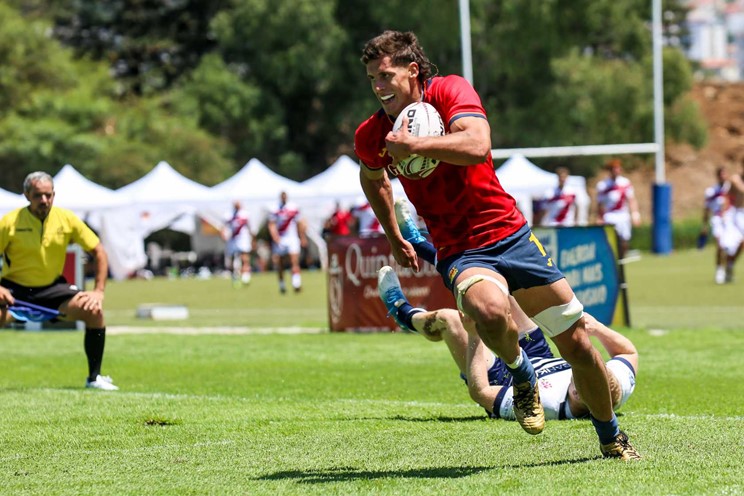 The Los Leones forward can be a (huge) thorn to any opposition side, as the sheer physicality mixed with that relentless attitude can be unstoppable in some moments of a game, injecting a much-needed vitamin to Spain’s chances on qualifying to the 7’s World Cup.

Germany’s Jack Hunt is a menace, especially if he gathers the oval egg with space to run, turning the heat up and going straight for the whitewash. 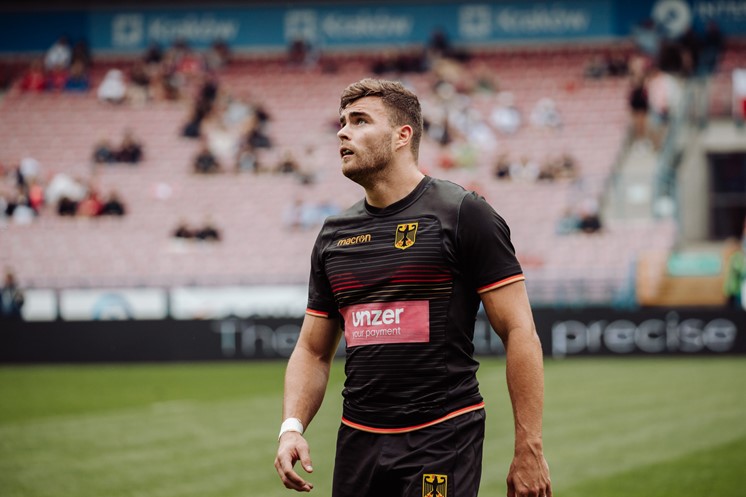 An athlete gifted with the perfect build for a 7’s player, Jack Hunt finished 2nd in the top try-scorers 7s Rugby Europe Championship standings, dotting some of the best sprints and finishes of the tournament, and will push to be one of the main stars in Romania in the upcoming weekend.

A future king of speedsters, can that be Jordan Conroy’s title if he manages to keep Ireland on the road to success? Maybe, but for now, we know that the speedy trickster is ready to supply Ireland with a stunning flourish of skills that are meant to guide his team towards a glamorous victory.

Showstopper either in the World Series or in Rugby Europe 7’s competitions, Conroy has been one of the most impressive players on the pitch in the last couple of years, not only due to the ability to find his way into the 5 points but also because of his side-stepping pool of tricks, which will be key for Ireland in Bucharest. 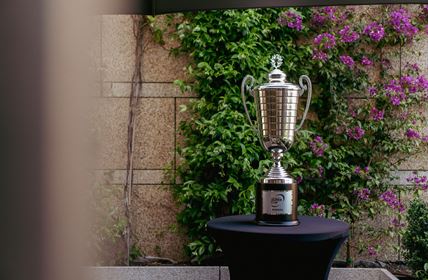