Tel-Aviv Heat’s travels in Russia ended with another victory and made solid ground towards the top of the table (remember that Enisei and Black Lion were forced to postpone their match due to travel issues) in this Eastern Pool when there are only two more rounds to play after a close game was ultimately decided by the Israeli’s strong attacking presence. 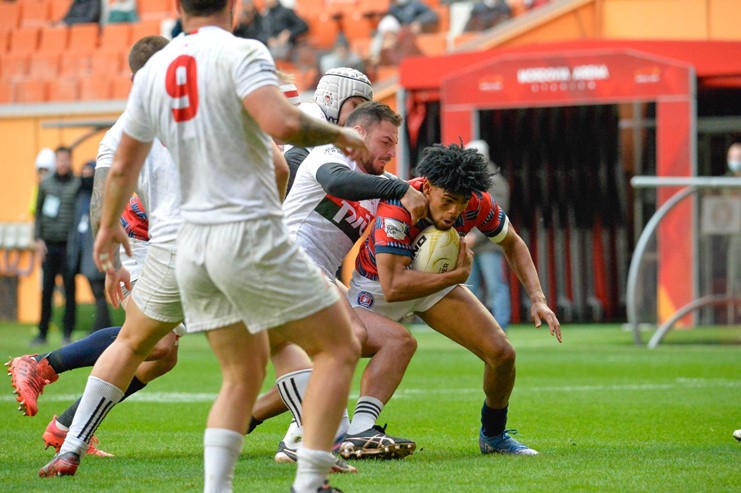 The Jordan Chait-Gabriel Ibitoye-Sebastiaan Jobb combo was pivotal to take advantage when their side broke gaps in Lokomotiv Penza’s defensive line, pouncing effectively and driving the knife with three tries in the second-half, with the trio being responsible for 6 offloads, 4 linebreaks, 2 assists, 3 tries and a total of 24 points.

Supported by a well-refined forward pack machine, the visitors were able to wake up after an initial problematic first15 minutes, which seemed to open the way for a home result, as Penza had a 16-point lead and were seemingly close to getting, what could’ve been, a 2nd try in that time period, too.

Sergey Yanushkin (the fly-half clinched most of his conversions and steered well his backline), Nika Tsirekidze, Tariel Donadze, and Vladimir Geraskin’s effort roared a confident Lokomotiv Penza who wasn’t interested in who was playing in the other side and just wanted to get their first win in the Super Cup. The losing bonus point was a bittersweet prize, but that won’t stop their development.

This was a nail-baiting duel until the last play, a well-fought 29-23 win for Tel-Aviv Heat, the second one in the competition.

🚂 v 🔥 | @TelAvivHeat take the lead for the first time in the game, and it's that man Jobb with his second try of the afternoon! pic.twitter.com/DoK992dxy0

This was an encounter where the Iberians forwards managed to dominate their opposition up front, marching powerfully and giving a hard time to Delta's pack who tried their best to quickly dispatch the oval ball from the set-piece. 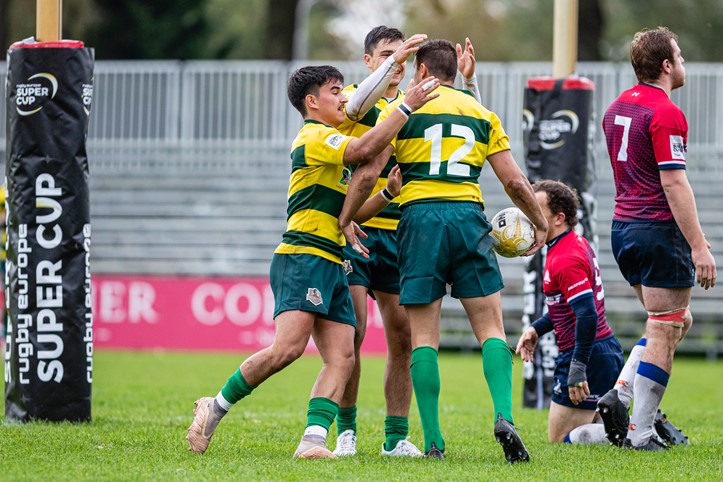 The Spanish franchise was on fine form but had some issues in notching up points early on.

Prop Nicolás Jurado was again one of the standouts, as well his first-row companion Matthew Smith, lock Sacha Casañas, and number-eight Kirk Tufuga, injecting raw physicality, monstrous drives and relentless work, which mounted in intense and deep pressure on the home side, who only was able to breathe when the ball was dead or out of touch.

Delta knew from the get-go how the Iberians were going to look for points and needed a solid strategy to stop the menacing Spanish maul and scrum, whilst looking for good speed in the backline without exposing too much.

Alas, Juan Delgado’s team didn’t play around and scored points every jab thrown in the starting 40 minutes, cleanly reaching the try-line for 5 times, pulling good ideas and plays even after when they lost fly-half, Sam Katz, earning a deservedly lead. Power, workload, resilience, and aggressive mentality, were the contents for an Iberians dominant display in Amesfoort, jumping now into second place and looking for a place in the knock-out round.

🌷 v ⚔️ | We are off and running between Delta and @iberians_rugby, and the visitors are off to a flyer!

THE LUSITANOS ARE THROUGH TO THE SEMIFINALS

Done deal for the Lusitanos, who picked up their fourth win and thus qualifying themselves to the finishing stages of the Rugby Europe Super Cup, gathering 5 points in a match packed with rain and wind, forcing both sides had to adjust to the environment and find ways to get close to the try-area, whilst not risking their tactical position.

The Brussels Devils conceded a very early try, after who most would consider as the man of the match, Pedro Lucas, tricked the Belgian defense running to the finish line. However, the home side were able to pick up, pressure, and look for options, and added six points to the scoreboard to go into the lead, waiting to see how the Portuguese squad would react to this setback.

The reaction? Wrecking unstoppable mauls, focused strong runs from the backrow and centres (Vasco Ribeiro is making a serious effort to be picked by Patrice Lagisquet for Os Lobos two November Test Matches) and ingenious offloads that paved the path to a blistering comeback, which seemed impossible for the Brussels Devils to fight against.

The Lusitanos were rock, iron, or whatever unbreakable resource that you can think of, in their tackle and defensive duties, making impossible for the home team to breakthrough the line and score tries, with Vasco Ribeiro, Manuel Picão, David Wallis or Rodrigo Marta being the main tackling artists of the day.

38-13, six tries against one, high speed skill and are the first team to reach the latter stages, the Lusitanos are in the driving seat to finish 2021 on a high.

Point scorer of the round: Sergey Yanushkin (Lokomotiv Penza) - 13 points

Team with the highest win of the round: Iberians – 41 points

Team with the most tries of the round: Iberians– 7 tries