We take a look at the games taking place on Saturday and Sunday as important points to determine the group leaders will be up for grabs.

Following the first run out for the Black Lion and Tel-Aviv Heat at the weekend, four matches take place this weekend in a busy weekend of action in the Rugby Europe Super Cup.

We take a look at the games taking place on Saturday and Sunday as important points to determine the group leaders will be up for grabs.

THE MOMENT: CAN LOKO STOP THE LION(S)?
Even if the Lokomitv Penza is trailing with two losses, it would be wrong to suggest that the Black Lion will have an easy trip to Russia, as the home side will be prepared for the best of what the Georgian franchise has to offer, and it starts at the forward pack. In the first two rounds, Penza has scored three tries from their maul, marching over Enisei’s try-line with such power and stability that made their second match unpredictable until the last 10 minutes. 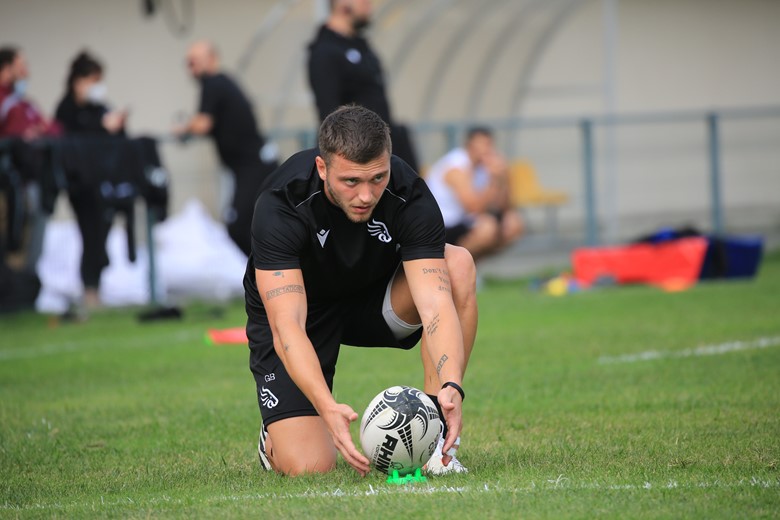 Ilia Spanderashvili, Hendrick Van Schoor, German Silenko, or Alexander Ryabov (who came from the bench and made an instant impact) are just some of the names who know how to breach their opposition’s lineout and maul defense, that can adapt to quickly outmaneuver and go for the meters and advance in the field, dismissing the idea of giving up even if the score-line is apparently unreachable.

But, is it possible for Alexander Yanyushkin’s men to put a stop to a very well-orchestrated Black Lions side? It will come down to two details: the set-piece battle, as the ones who can get even a slight advantage and effectively score points in the few available opportunities, will be nearer the winning goal; and the last twenty minutes. Why this time frame? Because it was here where the Black Lion overtook the Tel-Aviv Heat, controlling the action as it pleased, making the game and clock run to their liking, and this was and is possible due to their well-worked conditioning.

So, can we expect wild emotions, fueling action, and a game fought until the last whistle? Well, stay tuned this Saturday to find out (but, yes, it promises to be something special)

THE THREAT: TEL-AVIV AND A DREAM UPSET IN SLAVA STADIUM
The Newcomers versus the Leaders, the Mysterious Tel-Aviv vs the Bulldozing Enisei, a match that can have it all if the protagonists on each team can find the or devise solutions to open flaws in the other side and send their fans to ruptures, in one of the most anticipated matches of the 3rd round. 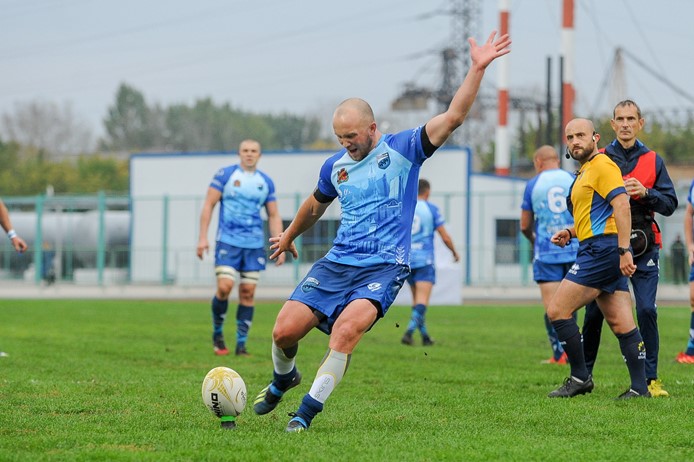 Enisei-CTM holds, for now, the first place in the Super Cup’s Eastern Pool, and looks to strengthen their place before dealing with the Black Lion, which enforces the rule of making no mistakes against a promising and quick-paced Tel-Aviv Heat, that showcased some mouthwatering plays in their first match on the tournament.

We know that the Russian champions possess a well-balanced squad, from a gifted forward pack, with the likes of number-eight Friedle Olivier, flanker Andrei Temnov or lock Evgeny Elgin, to a complete backline lead by one of the best first five-eight of this year’s competition, Ramil Gaisin, mounting a serious title contender campaign, that already started well. But, Tel-Aviv has shown that they aren’t here just to learn and watch their foes have all the spotlight, and will certainly boost their special units to guide them towards an upset, that can be built upon Gabriel Ibitoye’s magical feet skills, Jordan Chait’s tactical prowess and Renaldo Botham wrecking powerful runs and voice.

Can the Israeli’s deal the first blow to Enisei, or will the Russian’s make sure that their dominance isn’t and can’t be contested?

THE TURNAROUND: CAN THE IBERIANS FIGHT BACK?
The first two rounds of the competition didn’t quite go as planned for the Iberians and their fans, as we know the qualities that live inside this newly formed Spanish franchise, who seek to build with a set of players who are in the Leones setup at present and those who will feature in the future.

Two losses at the hands of their Portuguese rivals require a comeback in time to push for a place to proceed to the elimination phase, and the upcoming game against the Brussels Devils is an important one.

On the other side of the coin, there's a motivated setup in the Brussels Devils who scored a much-deserved victory in the second ‘Low Countries’ derby, excited by players like Hugo Bastin (a flanker who can do it all, capable of swinging some menacing offloads), Ryan Godsmark, Hugo de Francq or Florent Lenaertz, whilst looking at taking an extra step up in the scrum battle.

Even if plagued by some injuries (Siosiua Moala will miss the remainder of the season), the Iberians must show again their pure power in the setpieces and the joy of moving the ball, without losing control of their pace, and will rely on their very finest men (Lucas Santa Cruz, Sam Katz and, possibly, Tomas Carrió) to bounce back.

THE MAGIC SHOW: LUSITANOS FOR A THIRD WITH GUEDES MAESTRO?
We named Nuno Sousa Guedes as the master illusionist, almost par to Harry Houdini's tricks, but we could easily say the same for Rodrigo Marta, José dos Santos or Jerónimo Portela, as the Lusitanos have real a blazing armada of tricksters who can change everything with a flick of the wrist (or feet), and open the road for a mesmerising try.

The complete combination of the strong and high-rate workload coming from Tomás Appleton, Vasco Ribeiro, João Granate, or David Costa, with the hunger to strike a well and fast combo between the back-three, is a major threat that Delta must stop from the get-go, so they can be in the fight for the 4 points. But is there a recipe to block the Lagisquet game plan?

Well, the Dutch must follow these guidelines: high and effective pressure, well placed deep kicks, impactful tackles, and slow game tempo to force the Portuguese to commit mistakes. The Delta has the units to throw a wrench in the Lusitanos plans of getting a third consecutive win in the Western pool, as they do have their own game-changers, like Te Campbell or Dan Van der Adrooid, which can bring the stakes higher and make this match an interesting one to follow from start to finish.

You will be able to watch all four games this weekend live on rugbyeurope.tv