Germany went to Šiauliai and put in a cracking performance against hosts Lithuania to start their Rugby Europe Men’s Trophy 2021/22 campaign in style on Saturday.

Lithuania had pushed Ukraine hard the previous week, but in this second game they had no answer to the pace and power of the Germans.

The visitors scored three tries to lead 19-9 at the interval, but it was after they got their bonus point fourth try through winger Felix Lammers that they started to open up. Three further tries came as they came out on top and they now top the table with five points with their next game in Poland on November 13,.

On the same day, the first game was played in the Rugby Europe Men’s Conference 1 South for 2021/22 and it was Malta who came out on top 24-10 away to Slovenia.

The visitors scored tries through second-row Darren Deguara, winger Brendan Dalton, stand-off Robert Holloway and one at the death from replacement Jon Jerome Micallef to secure a hard fought bonus point on the road.

Bosnia & Herzegovina had lost heavily at home to Bulgaria in their opening Rugby Europe Men’s Conference 2 South match in early October, but ended the month on a very positive note.

They went to Andorra and won 19-18, a penalty from full-back Mahir Bisic in the last minute edging them home to victory in Andorra La Vella.

Andorra had thought they had won it themselves when a try from stand-off Samuel Franken, converted by scrum-half Leon Laguerre had them a point up with two minutes remaining.

And Sweden made it two wins from two in the Women’s Trophy for 2021 when they backed up October 16’s triumph over Finland with a home victory against Czechia.

Three tries in the first half gave the Swedes a 19-5 cushion at the break in Norrkoping.

After the interval there was no more scoring until the 68th minute when their hard work paid off, the Swede’s getting the try through centre Victoria Petersson.

A final try for the home side came three minutes from time through fellow centre Minonna Nunstedt before a late consolation from Czechia ended things at 31-12. Rugby Europe Round-up: Poland make it two from two in the Trophy 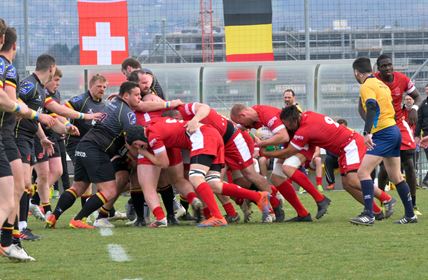