Tomorrow will the Georgian Black Lion vs the Israeli Tel-Aviv Heat, as they do battle for the third time this season, but this time there will be silverware on the line.

Ahead of the Rugby Europe Super Cup final, we’ve picked out four picks of the most impressive players we expect to shine.

Georgian rugby keeps developing and producing some of the most entertaining new stars of the rugby scene, and Luka Matkava is one of those newcomers that is already shining bright at Test Match level, as he scored those 3 golden points in the Millenium Stadium, and it is all thanks to a superb 2022 Super Cup season. 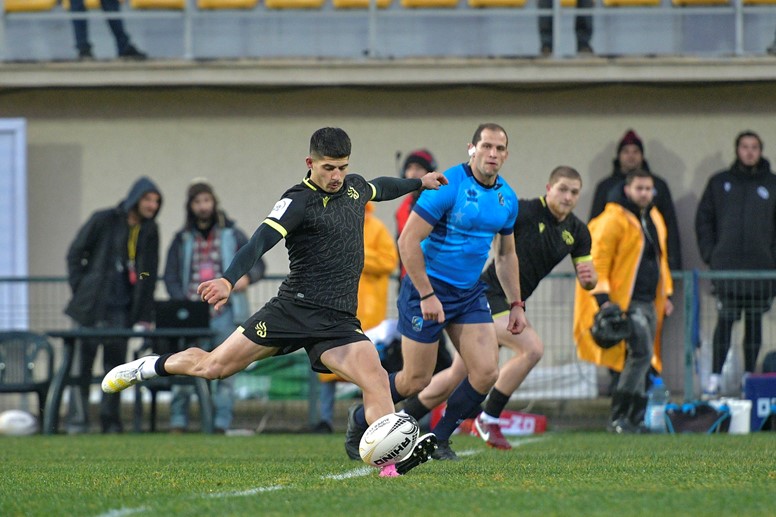 The flyhalf has amassed a total of 58 points - some of them crucial for the Black Lion team to escape with a win in the pool phase -, providing an excellent pole kicker to his side, that knows how to run the rugby puppet show by just twisting and turning.

The 21-year-old knows perfectly well when to inject more speed into an attacking move, or when to slow the pace down to crunch and bind the opposition before unleashing a smart kick or a quick direct pass that can end in a try. Besides Akaki Tabutsadze,   Shalva Mamukashvili, and Sandro Mamamtavrishvili, Luka Matkava starred big against the Castilla y León Iberians, adding 11 points, one assist, and a couple of oft big in-game kicks to help his side power through the Spanish defense and earn them the right to retain their Super Cup crown.

We talk about try-scorers and lethal players like it is a mission only reserved for the backline, when in reality, we have a couple of “big men” who also have some tries under their belt, like veteran Georgian hooker Shalva Mamumkashvili.

The nº2 has already amassed three tries in 2022, which makes it a total of 11 tries in the competition, telling us how influential the forward pack is for the Black Lion side, driving their foes into a corner thanks to a monster maul, a well-oiled scrum, two “departments” where you can expect Shalva Mamukashvili to be supreme. Tel-Aviv Heat must be on the lookout, or they will face the music.

Jordan Chait has been influential in helping his team reach their first ever showpiece event.  Any team that gives the fly-half an inch of space or concedes a penalty inside their own midfield will suffer from the point scoring abilities of Chait. In the semi-final, the South-African first-five eight-slotted six penalty kicks that paved the road for the Heat.

The captain of the Tel-Aviv Heat is a problem solver, not only through his kicking abilities that transform penalties into points but also by the way he guides the Tel-Aviv Heat backline, balancing the offensive strategy or finding the best path to reach the other side's try-line.

It's been a breathless few minutes already in Lisbon.

Chait puts the first points on the board for @TelAvivHeat.

He is the leading Super Cup point-scorer in 2022, but his work and impact are much more than that, and you would be wrong to assume that Jordan Chait is just a kicker when he can do so much more with and without the oval ball in his hands.

It is almost impossible to not fall in love with Semi Kunatani’s way of playing the game, the Fijian flanker is one of the top workhorses for the Tel-Aviv Heat, throwing himself into the breakdown to force a turnover and start something special for his team, or to create an attacking exit by performing spectacular offloads. 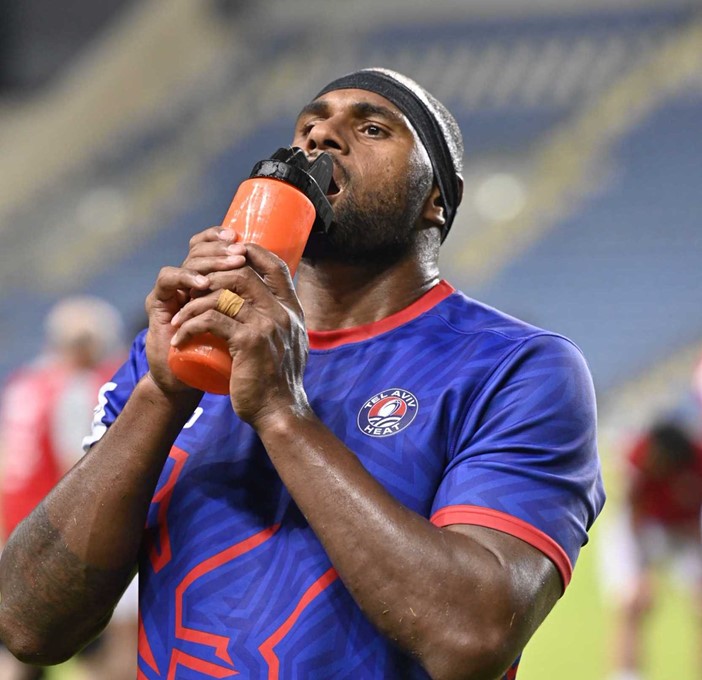 In the semi-final, the loose-forward was immense in defensive and counter-attacking duties, tackling the opposition players with such mastery, quickly reloading to ready himself again to deliver another gut-wrenching tackle or go for the turnover, which hindered the Lusitanos plan to defeat the Tel-Aviv Heat.

If the Israeli franchise dreams of lifting the Super Cup, they will need to have Semi Kunatani in his best form, as any turnover or offload can be the ticket toward a much-needed penalty or try.

You can watch tomorrow’s final live on rugbyeurope.tv