Georgia look to secure title ahead of massive summer

Netherlands will play their first match at Championship level

Georgia take on the Netherlands on Saturday in Telavi looking to secure the Rugby Europe Championship title for 2021.

Victory against the tournament’s new boys would mean the Georgians would have five wins from five in the competition and would obtain a Grand Slam bonus point, which means they could not be caught despite other countries still having matches to play.

A positive result would also be a great way for Georgia to sign off ahead of a mouthwatering summer tour schedule which is made up of two Tests away to world champions South Africa followed up by a home Test against Scotland in July.

Four Tests in four weeks will really test the Georgians squad depth though and in the game against the Netherlands the coaching team will want to see the players working on combinations and putting in a professional and clinical performance.

The encounter is also an opportunity for fans in the Kakheti region to see the Georgian players in the flesh as they more often than not play most of their games in Tbilisi.

“I appreciate the initiative of the Georgian Rugby Union to take rugby to the regions and give fans the opportunity to attend this national team match,” head coach Levan Maisashvili said.

“To hold a national team match in Telavi is important for the development of rugby in Kakheti. Unfortunately, due to Covid regulations only 30% of the capacity will be admitted to the stadium, but I hope those who do come will leave the stadium with some positive emotions.

“This match is considered as an important meeting ahead of the South Africa tour by us. We haven’t gathered the squad together for a long time, so it will be an opportunity for us to engage and build things up.”

The Netherlands have just about recovered from their dramatic play-off win in Waterloo against Belgium last month and are now excited to be stepping up from the Trophy into the Championship. 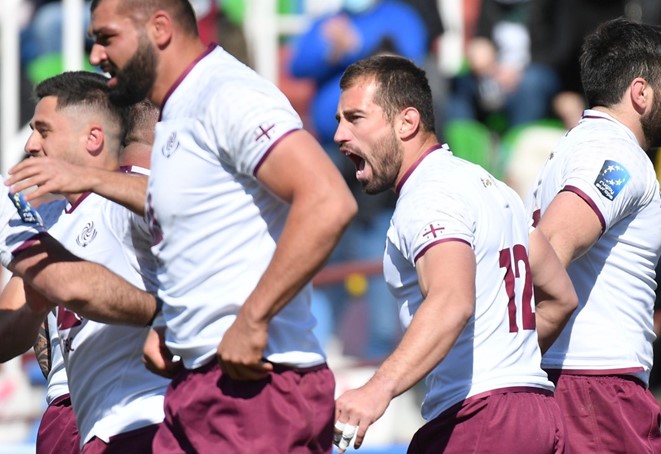 They could not have asked for a tougher start at this higher level than Georgia away, the Netherlands sitting 24th in the world rankings and their hosts 12th.

“The team is excited to be travelling to Georgia this weekend,” Netherlands head coach Zane Gardiner said.

“The team has worked hard to win promotion and Georgia is the team many of the players have been wanting to play so to get them first up is great.

“Georgia have been the dominant team in the Rugby Europe Championship and haven’t lost for four years, so playing them will provide us with key benchmarks as to the level of rugby in this competition.

“Georgia are an extremely physical team and we know that to be competitive we will need to be able to take repetitive collisions for the full 80 minutes whilst maintaining the ability to play the way we want to play.”