The kick off times and venues have been confirmed for the semi-finals of the Rugby Europe Super Cup, which is now in its second edition and the first club competition for the emerging rugby unions in Europe.

After an intense six rounds of pool phase matches contested by the eight teams in this year’s competition, the best two teams of each Conference have qualified for the semi-final, that will take place on Sunday December 4th (with the finals being played on December 17th, 2022).

Current champions, Black Lion, on top of their division, mostly thanks to the bonus points obtained from their six games (four offensive and one defensive bonus point). 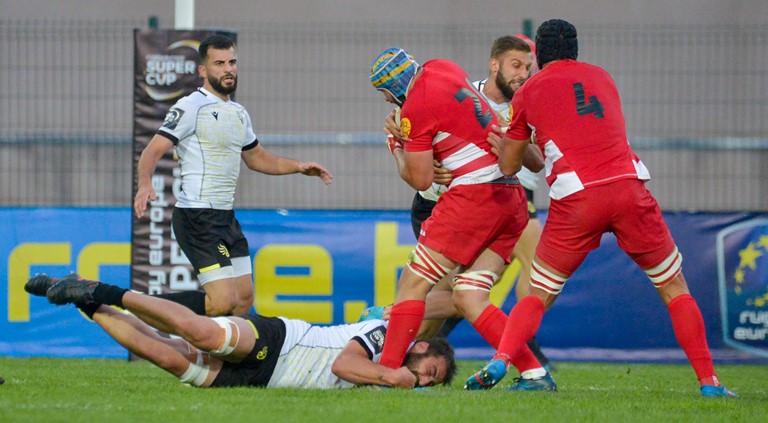 The Castilla y Leon Iberians were in the hunt for top spot in the Western Conference right until the final round of fixtures, winning five games and only losing one, finishing just behind the Portuguese franchise on points difference.

They will be hoping to go a few points better in the rematch of the semi-final played last season where they were edged out 43-40 away in Tbilisi against Black Lion in a thrilling match.

The Lusitanos, which featured many of the current Portugal stars playing at the Final Qualifier Tournament in Dubai for a place at Rugby World Cup 2023, produced some spectacular scores in the Pool phase.

They topped the group with five victories and one defeat in the Western Conference to the Iberians. The difference came from the huge number of points the Portuguese attack scored, with 45 tries and 297 points in six games.

Tel Aviv Heat were made to work hard for their semi-final place in the Eastern Conference, but a draw and a win by the Israeli franchise against Black Lion ensured they would set up a replay of last year’s semi against their Portuguese foes, with the latter coming out on top in last year’s match 42-26 in Lisbon.

Tel-Aviv Heat only lost one match in the pool phase against RC Batumi, the Georgian domestic champion and have also announced that they will warm up for their game against the Lusitanos by traveling to England to face Saracens.

The final will take place on December 17th, with there also being a third place match for the first time in the competition that will feature the two runners up from the semi-finals.

Both games will be broadcasted on: