The points gained in Hungary were added to those picked up in Zagreb last month while the actual tournament winners this time around were Ukraine and Belgium.

On Saturday, after two days of the women’s competition, Ukraine were showing no signs of fatigue or slowing up and they were on top from the first minute in their semi-final to defeat Finland 36-0.

Czechia showed that they were going to be no pushovers in the final as they then came through their own last four tie against Sweden 26-0.

In the final, Ukraine took an early lead when Oksana Nykoriak ran a great line to score a converted try under the posts.

Czechia got themselves back into things just before the half-time break when one of their players stretched superbly well for the line to score a five pointer.

The first few minutes of the second half were cagey before Nykoriak bagged her second try, again converted, to put Ukraine 14-5 up with just two minutes left to play.

That was the way it finished, meaning Ukraine won the tournament and the overall title. Amazingly they tied with Czechia on 38 points for the overall title, but won by just four points via points difference, the narrowest of margins separating two impressive outfits.

Sweden finished third at the event in Budapest after edging out Finland 10-5 in the third place play-off.

And that also meant they finished third in the overall table on 32 points.

In terms of promotion, both Ukraine and Czechia will go up to the Championship next year as the top two teams in the Trophy division over the two legs. 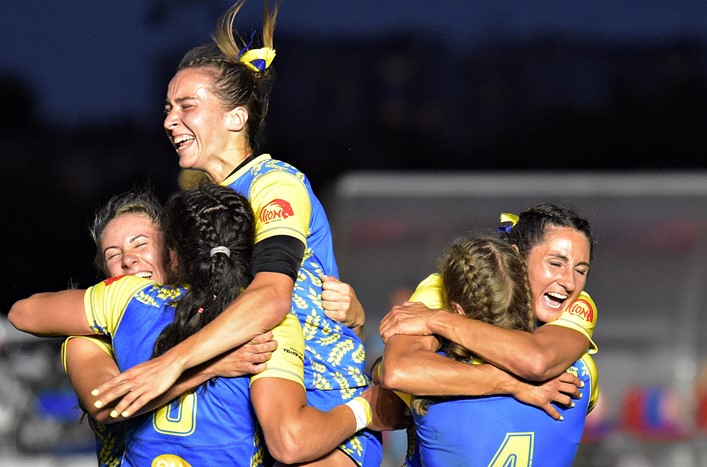 At the other end of the table, Denmark and Moldova were relegated to the Conference for next season, while Norway will also drop down a level.

On Sunday, after two days of the men’s competition, Czechia defeated Sweden 24-0 in the first semi-final and then Belgium got the better of Ukraine 26-12.

That set-up a final between Czechia and Belgium and it was the former who took the lead in the last match of the weekend when Karel Berounsky went over.

Adam Koblic then extended their lead with try number two, this one also being converted.

The game turned on its head before the break when Czechia had a man sent off and Belgium scored an unconverted try to make it 12-5 at the interval.

With the extra man, Belgium showed their class in the second half.

Firstly, Charles Reynaert went over for a converted effort which made it 12-12 and they just built from there.

Gaspard Lalli scored a five pointer in the corner and then Reynaert scored again to give them the victory. 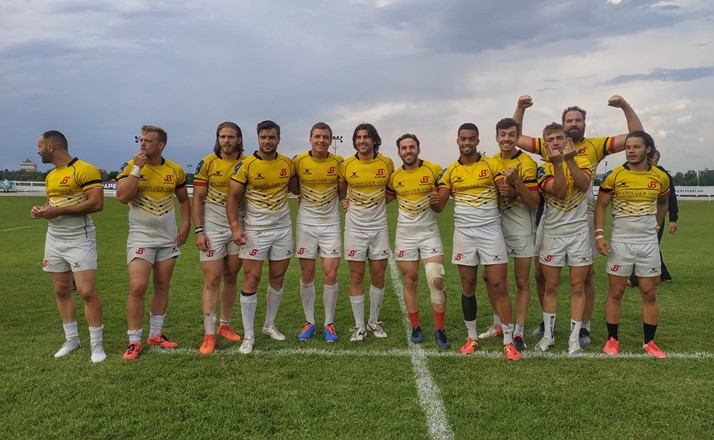 “We are really pleased to win the tournament,” Belgium’s Ryan Godsmark said.

“The red card Czechia got in the final helped us and we were pleased to be able to capitalise on that.

“When it is seven versus six it can be tough and we probably didn’t play the way that we wanted to play, but it is a win and we will certainly take that.”

Ukraine finished third in Hungary after beating Sweden 19-12 in the third place play-off.

In the overall men’s standings, Czechia finished top with 38 points, Belgium were second on 36 and Ukraine were third on 34 points.

The final rankings mean that Czechia make their way up to the 7s Championship Series next year for the first time in their history. They will be joined by Belgium who pipped Ukraine to promotion by just two points.

The other movers in the group were Denmark, Hungary and Turkey who will play in the Conference division next year. 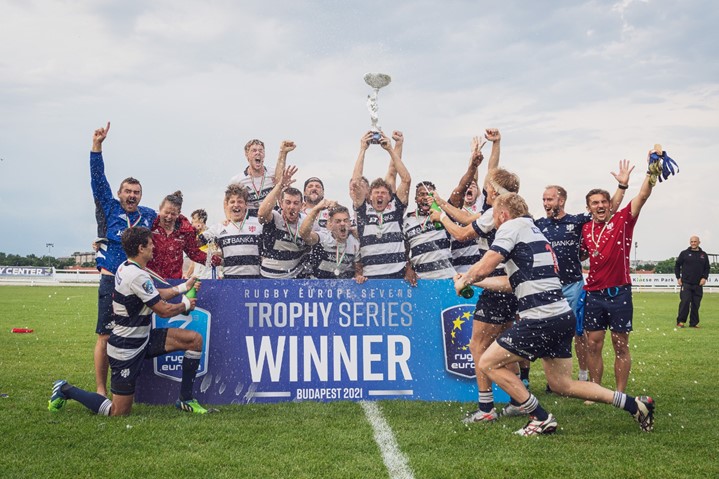