Ukraine’s men returned to Rugby Europe action in the best possible way on Saturday when they defeated Croatia 27-22 in the Trophy.

Give the conflict going on in their country, it was an emotional time for the Ukrainian squad in the Stjepan Spajic Stadium in Zagreb as they played their first international for 12 months, but they managed to channel that emotion to get them over the line.

The visitors took the lead in the eighth minute when second-row Ruslan Radchuk crashed over for a try which was converted by captain Oleh Kosariev.

Croatia drew level a few minutes later thanks to a try and conversion by their own skipper Nik Jurisic before Ukraine regained the lead at the end of the first quarter thanks to a seven-point penalty try.

A Jurisic penalty reduced the arrears to three points at 14-10 before Ukraine had a great ending to the half.

Kosariev kicked a penalty and then his fellow winger Narek Manukyan ran in a brilliant try. When his captain converted that one it was 24-10 to the visitors at the break.

It got even better in the second half for Ukraine when another Kosariev penalty stretched their advantage to 27-10.
Croatia had to do something - and quickly - and a try by No.8 Hayden Jurlina converted by his captain did just that.

That was with just under half an hour to go and the vocal home crowd were really getting into things now too.

With 12 minutes to go, Croatia scored their third try of the day after a strong run by centre Filip Perica and Jurisic’s conversion made it 27-24.

Croatia tried as hard as they could to get over the try line again, but the Ukraine team defended very well to secure the victory.

Ukraine took four points from the game and Croatia one.

In the women’s Trophy on Saturday Finland and then Portugal turned on the style to secure respective bonus point wins. 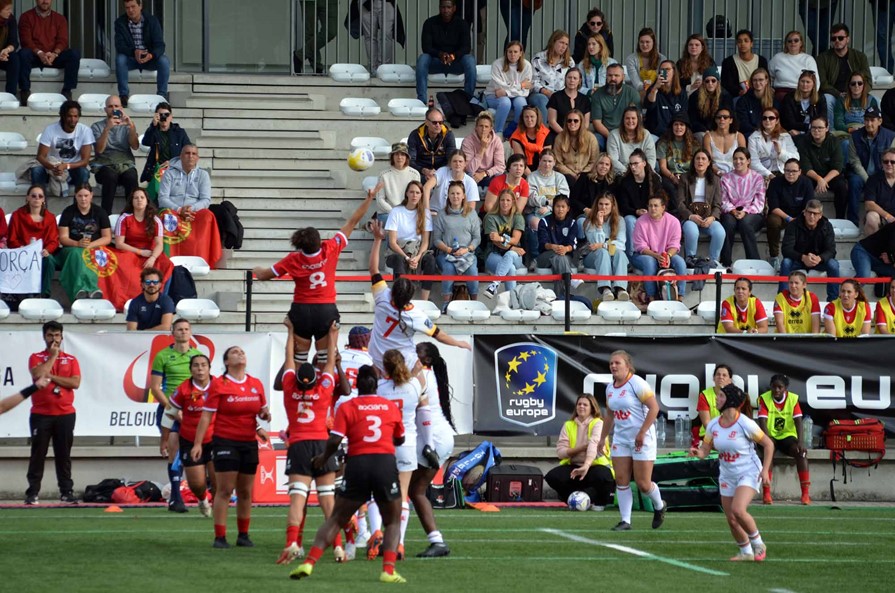 Finland defeated Germany 43-5 in Helsinki while Portugal went on the road to Belgium and beat the home side 71-5 in Brussels.

On the same day in men’s Conference 2 North, Finland got the better of Norway 22-3 in Helsinki with a bonus point and they now have 10 points from 10 to lead the tournament.

And in Conference 1 South, visitors Malta were on fire in the Oval Stadium in Ljubljana to defeat hosts Slovenia 46-10.