U20 Championship Round 1 Review

Spain, Portugal, Netherlands and Belgium are all through to the semi-finals after a good first round of matches, with a new batch of faces taking the stage by storm.

A brief summary of what happened during match day 1.

A simply outstanding display by Netherlands against their first opponents, Germany, to reach their second semi-final in two years. If the 32-00 isn’t enough to convince you of how good the Dutch were in their first outing in the U20 Rugby Championship 2022.

Vikas Meijer (insightful kicking and mastery in guiding his team), Sam van Berkel, Thymotheus Peters (the prop is a brutal force to be reckoned with), and Mees Voets were some of the units that helped Netherlands to grab victory, that started early on in the match. A lot of the hard work was done before half time as they held a 20-0 lead at the break. 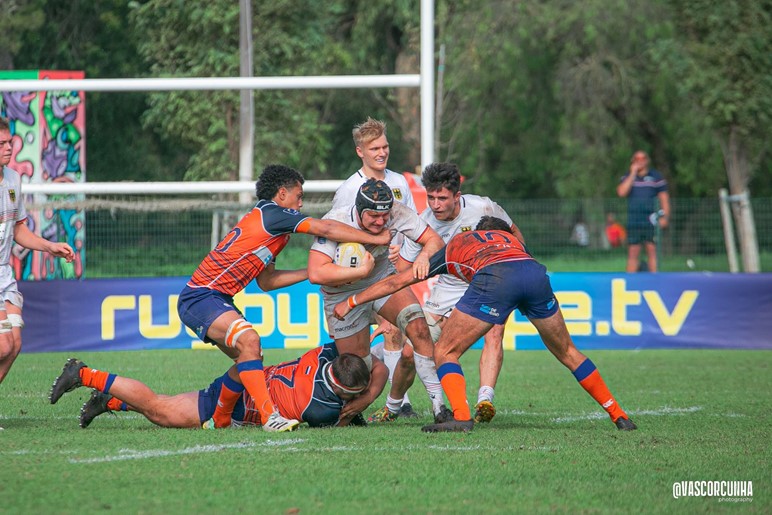 The Dutch side have been promising year after year that they can wrestle themselves into the Championship title contest, and it seems that Portugal can await a tough semi-final.

The U20 Los Leones started their campaign with a thorough win against Czechia, who were able to resist in the first ten minutes, but ultimately couldn’t withstand the impact that the Spanish attack pulled together.

From all the names mentioned, Pablo Torres was a delight to watch, as the centre kept the pressure on his direct opposition, creating gaps.

Spain’s set-piece, maul, first-phase play, were all in tune and it seems they are going to be strong contenders to reclaiming their 2021 Championship title.

Discipline and kicking are two areas of the rugby game that if taken seriously and well-worked, can be a deciding feature between winning and qualifying for a semi-final or losing and missing the podium battle, as was the case in the Belgium-Romania match.

After a very demanding physical 80 minutes, the Belgian side showed how accurate they were in their strategy, forcing Romania to concede a number of penalties to allow Simeon Soenen to convert them into points, building a steady lead of 9 points. 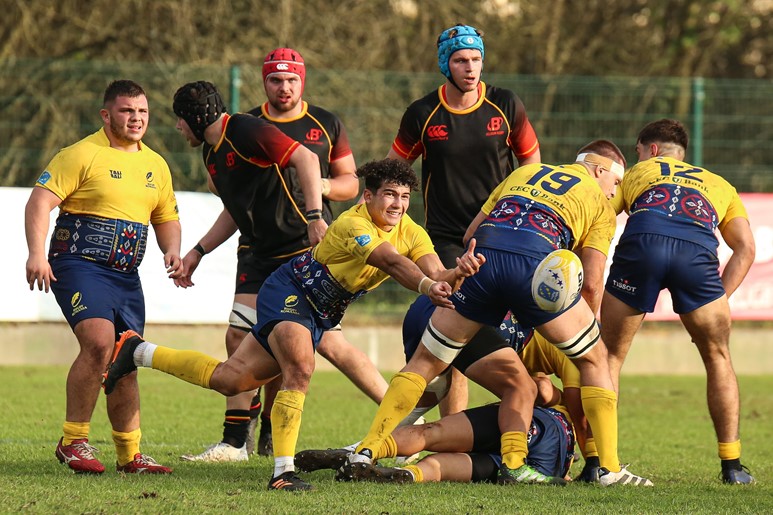 With both backlines having a hard day in the office, it came down to who would win the forward pack arm-wrestle, be it through scrums (it was a real battle with Belgian prop Luca Deplechin being one of the standouts), lineouts or the occasional breakdown-turnover battle.

Romania was close to the try line midway through the second-half, but Iluian Macovei's clean break would end in another excellent Belgian defensive effort. Belgium then took the game by the scruff of the neck, scoring 9 more points until the final whistle came.

In the last match of the opening round of the 2022 U20 Rugby Europe Championship, Portugal were made to work hard to get past Poland, as the Polish applied a strong physical strategy with the idea of snuffing out any space for the Portuguese backline to find.

After a closely contested first twenty-five minutes, the home side started to find cracks in the opposition's defense, which were well exploited by the likes of Gonçalo Costa, José Vilar Gomes, Manuel Salgado (came early from the bench and made an impact) and Martim Faro.

Poland tried to react, looking for Eryk Chain or Wiktor Wilczuk's turnover skills to fetch the ball in contact, but every time they had a good opportunity to go for the points, a handling mistake or breakdown penalty appeared, thwarting their goal on reaching the semi-final.

The Portuguese side put their foot down in the second half, securing a 43-10 victory and once again reach the final-four of the Rugby Europe Championship.

All four matches will be available to watch on rugbyeurope.tv