It was another action-packed weekend in the Rugby Europe Super Cup with a number of thrilling games as Lokomotiv Penza defeated Black Lion and Lusitanos and Castilla y Leon Iberians secured their semi-final berths.

After five rounds, the Super Cup Eastern Pool has no undefeated sides as Lokomotiv Penza were able to take down the Georgian Black Lion, clinching a powerful win, all made possible by a steeliness of heart when faced with decisive moments (that air binding pass for their first try), a titanic work rate display, and a super confident attitude that didn't care if they were playing against the top champion contender, only focused on getting the pleasure to celebrate.

Was there any secret on how Penza blocked their Georgian foes and snatched up the 4 points? Well, if any, their conditioning never dropped in the last twenty minutes, a time period where the Georgians often break their opposition, keeping a strong effort and a well-balanced game from Alexander Yanushkin men in mainly two areas: set-plays and counter defense. 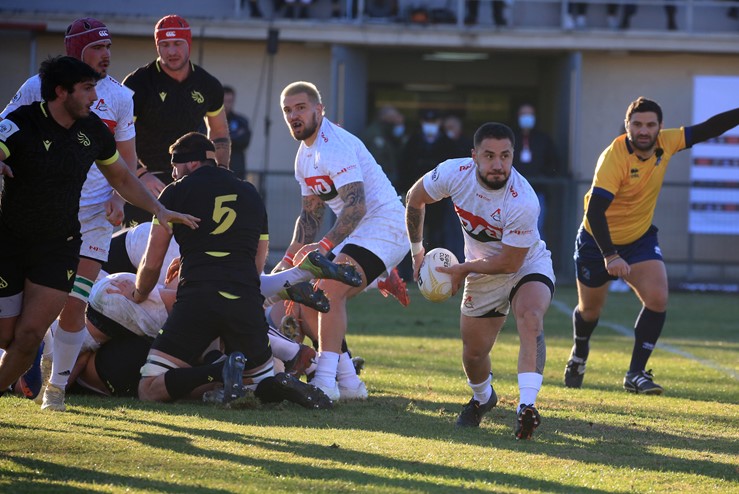 The Russians kept a cold and smart strategy when trying to disturb the ruck, waiting for the best time to dig in and force a penalty, pilling up some frustration to the home-side team who had problems dealing up with super lock duo German Silenko and James Down, as also openside flanker Ilia Spanderashvili, who was one of the main enforcers for the visitors averaging 12 tackles, 1 dominant tackle and 1 turnover.

The final moment deserves a closer look as it seemed to end as a winning match try for the Black Lion side before that sweet Penza jackling “showed” up: ball pop-up from a Russian player, allowing the Georgians to go for a last gasp run, going inside the 22-meter line… one slow phase and then a quick open pass to Luka Matkava, who placed the oval ball in Mirian Modebadze hands; the winger tried to step away from his tacklers but got caught up by a dual effort from Vladislav Sozonov and Andrei Karzanov, with the latter making a clean contest for the turnover, winning the penalty before the final whistle.

Even when it seemed that the Black Lion’s players had the numbers to go for this late comeback, Penza never lost their focus, kept a tight defense, and got their deserved prize in the end.

It's all level once again as @rugbylokopnz go over in the corner!

Welcome to the Lusitanos Wonderland, where some of the very finest Rugby Europe Super Cup rugby magic tends to happen this season, hosted by your usual performers, Nuno Sousa Guedes, José Paiva dos Santos, João Granate or Jorge Abecassis, and many others, who helped their side to slot another try galore fest in the last but one challenge in the Western Conference.

The Portuguese side picked another bonus point win in this match against the Brussels Devils, and thus won the right for a home semifinal, building a comfortable lead from the start, as their first try was scored in the first minute of play, after a brilliant linebreak from Nuno Sousa Guedes clearing the way almost to the finish line, before the ball was finally placed by Jorge Abecassis to dive over.

The Devils tried to bring something new by trying to open their structure, setting up a more paced game that sought to space up the Portuguese units, which could prompt more opportunities to go for the points, if everything connected.

Unfortunately, for the Belgian squad, the Lusitanos were not only lethal in most of their plays, as also they quickly got the ball back when defending, thanks to a strong forward pack who managed to snatch or turnover eleven times (if Sousa Guedes or Rodrigo Marta steals the shows when attacking, you should follow closely João Granate or David Wallis when the Lusitanos defend), allowing them to dictate the flow and speed of the game.

The Brussels Devils are knocked out from the semifinals, and their last chance to get a second win in this year's Super Cup rests in their trip to Valladolid, while the Lusitanos will want to keep their undefeated status until the elimination round, which can give them an extra edge on what’s to come.

In the final game of the weekend we were treated thrilling bout between Castilla y Léon Iberians and Delta, ending with the Spanish celebrations as they are through to the knockout stage. Nonetheless, the Dutch visiting side was in the lead when the clock hit the 69th minute, making this possible after a truly inspiring second-half that had the best ingredient of rugby match mix: uncertainty. 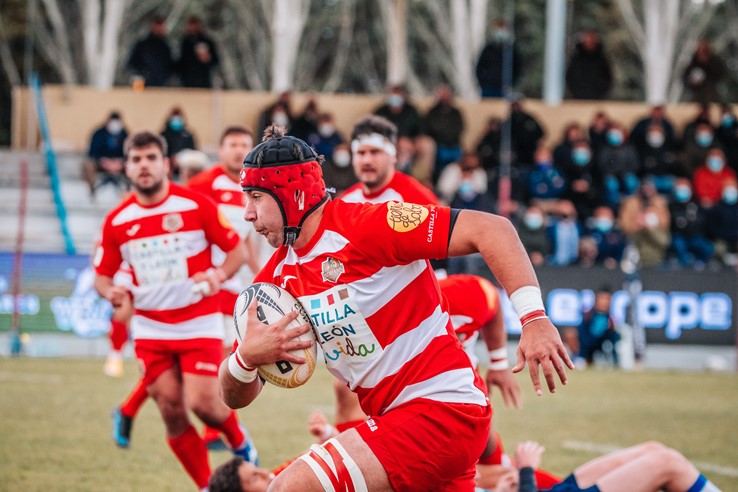 What happened in the restart of the game was the perfect example of that, as in what seemed an Iberians try coming - they were camped in the last 5 meter-line -, Jort Doorenbal intercepted the last pass and ran uncontested until the home team try area, sending his teammates into raptures while the Spanish looked on, and frustrated as they failed to score after seven consecutive phases.

What followed after this brilliant moment was like an Olympic fencing duel, as when one side scored points, the other one immensely replied back in the same manner, with no one wanting to step down throughout the match as the time moved forward and towards the last stretch.

Tomás Carrio, the Iberians flyhalf that finally made his debut in the Super Cup, tried to find out ways of breaking through Delta's ranks but the likes of number-eight Christopher Raymond (1 try, 12 tackles, and 2 turnovers), centre Daily Limmen or lock Niels Roelfsema made sure to close gaps when the Iberians were looking more threatening, while TH Campbell was a menace every time he had the chance to attack or look for space behind the Spanish side defense.

A last gasp effort from flanker Marc Sanchéz pulled the Iberians ahead in the scoreboard, but Delta didn't throw the towel, kept being relentless as their qualifying dreams were on the line, and were close to making it when TH Campbell escaped two tacklers (another sugar-coated side step from the Dutch international) and send the game into a higher frenzy.

Alas, this final shot didn't amount to anything and the Iberians controlled operations until the referee signaled to the end of the game, which meant the Iberians are through to the later stage of the Super Cup stage, deservedly so and now wait patiently for who will be their next contest.

🏃💨 | Unbelievable interception and a full pitch sprint by Jort Doorenbal, they're into the lead in Valladolid! pic.twitter.com/qA1jICtjEX

Point scorer of the round: Tomás Carrio (Iberians) - 14 points

Team with the highest win of the round: Lusitanos – 53 points

Team with the most tries of the round: Lusitanos– 8 tries