This Sunday Portugal’s Rugby Europe Super Cup team Lusitanos will host Tel-Aviv Heat in the semi-finals, but it is understandable that many rugby fans in the country are still dreaming about November 18.

That is because that was the day when the national men’s team drew 16-16 with USA to win the Final Rugby World Cup Qualifier in Dubai - an event which also included Hong Kong and Kenya - and catapulted Portugal into the showpiece event in France in 2023.

It was 2007 the last - and only - time Portugal reached that stage in men’s XVs rugby, so the celebrations were huge on the day and they have continued back at home until now.

A number of the Lusitanos wider squad were involved in the qualification process and they are looking forward to seeing fans at the Car Jamor Stadium in Lisbon this weekend.

One of those is 28-year-old full-back Nuno Guedes who started the match against the USA. 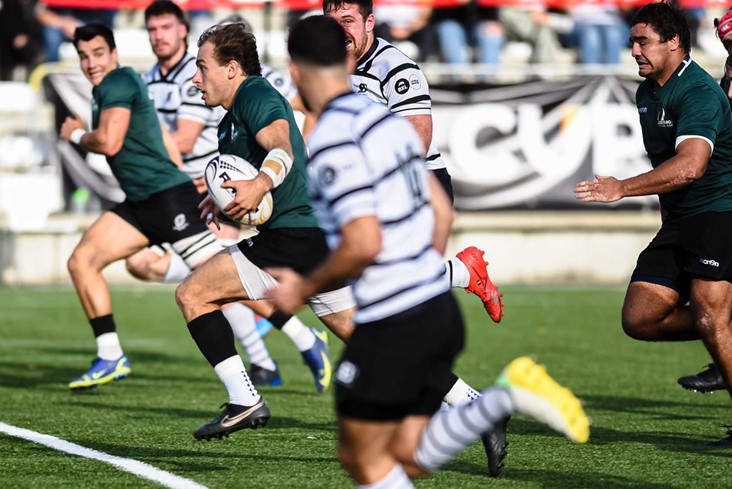 “I went off three minutes from the end of the game when the USA had a five metre scrum and we were down by three points,” Guedes recounts.

“When I came off and looked at the big screen, my heart stopped, I started to think about the worst-case scenario.

“However, the truth is that soon after I saw the most beautiful three minutes in the history of Portuguese rugby. It was absolutely amazing [as Samuel Marques kicked a penalty to get them the desired result].

“The celebrations were the normal ones for a team that has just reached its main goal. Personally, I couldn't stop crying - after the final whistle, it felt like the movie from the last three years was playing in my head non-stop and that all the effort and dedication had been worth it.

“To be honest, since then it hasn't been easy to go back to ‘normal’ life. These last few days have been full of emotion, lots of celebrations and lots of joy. Achieving a goal of such importance will not be forgotten easily.

“The USA game brought a lot of difficulty during the 80 minutes, we fought and sacrificed everything for a moment that only appeared at the end. It was crazy.

“Portugal deserves an opportunity, once again, to play on the best stage in the world. I hope that it will bring visibility of rugby to children and young people so they can experience and play this sport, just like what happened to me in 2007.”

Back to the Super Cup and Lusitanos reached the first ever final of the competition last year before being edged out by Black Lion from Georgia in a brilliant match 17-14 in Lisbon.

This year Lusitanos topped the Western Conference with five wins from six and, as mentioned, welcome the Heat from Israel in the last four in a few days time.

🇵🇹🪄The Portuguese wizard is at it again.

Lovely finish by Nuno Guedes before slotting the conversion, too. pic.twitter.com/qdUjqxiVoF

“The goal is exactly the same as last year, but let's hope that this time the trophy will stay in Portugal,” Guedes said.

“This year in the Super Cup we’ve been giving younger players a chance and exposing them to bigger challenges - and the truth is that we have discovered that they are up to the challenges and that is very good for our squad. Indeed, some of the youngsters have pushed on into the national team.

“We expect a very tough game versus the Heat, just like last year. I believe that this year they are more organised than the previous year [when Lusitanos won 42-26 at this same stage]. They are a team that likes to move the ball quickly, they are strong in contact and very skilled individually, but if we stick to our principles from start to finish I’m sure we can succeed and make the final.

“If we can then go on and win the Super Cup, it would be an important trophy for Portugal.” 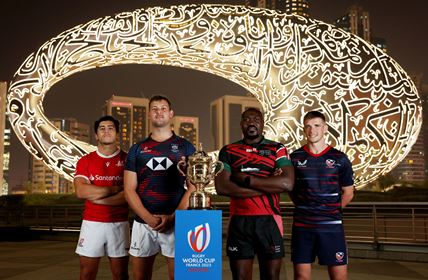